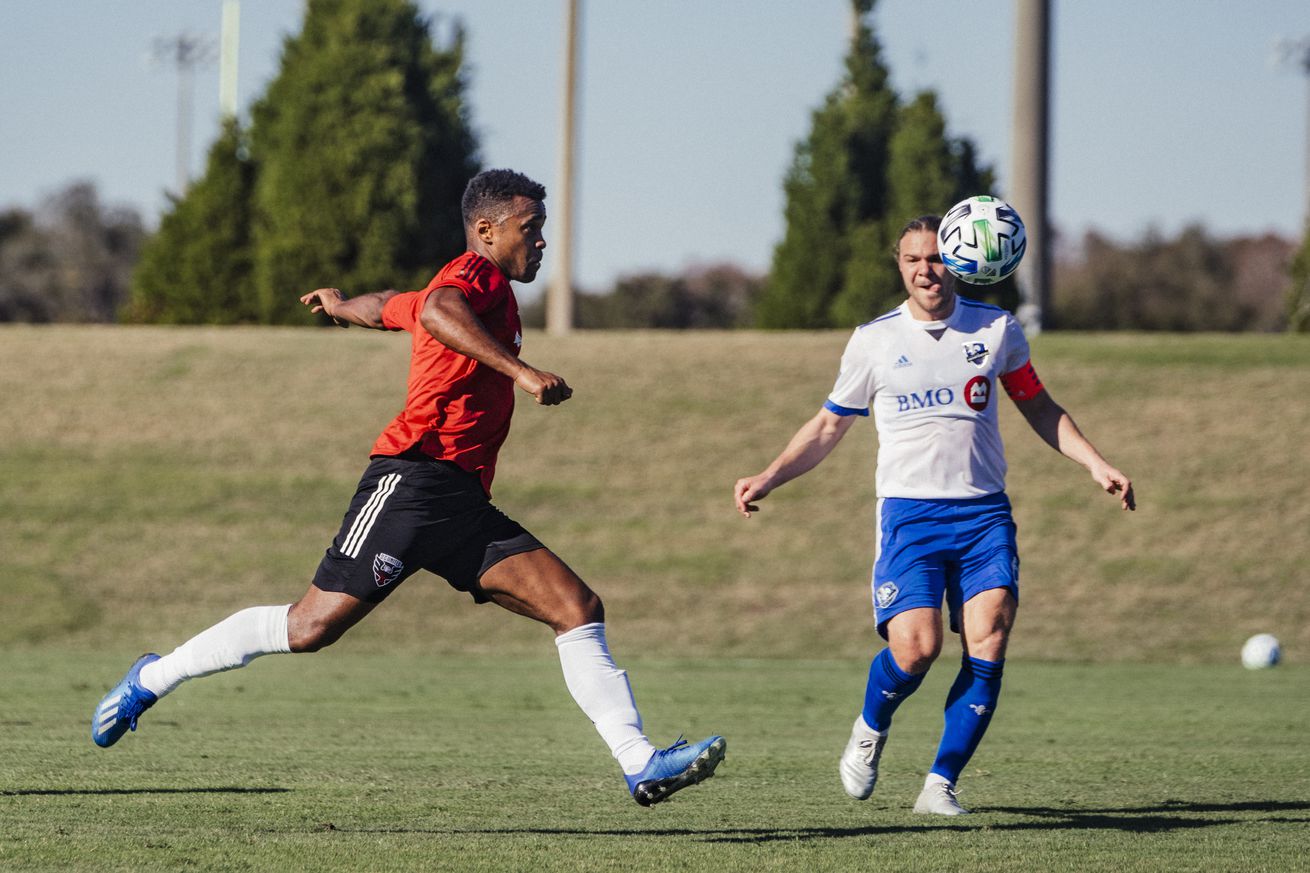 Is it the Atlantic Cup if no one actually sees it?

D.C. United’s preseason continues this morning with a rather intriguing game against the New York Red Bulls that will frustratingly be played behind closed doors. Last year, Ben Olsen mentioned several times that it’s tough to prepare yourself for their physical, high-pressing style without having seen it already, and though availability in Florida is probably the top of the list in terms of priorities, this may be a friendly chosen in part to steel United for games down the road.

The early returns from Kamara’s return to MLS were pretty good: 3 goals in 257 minutes means scoring roughly once every 85 minutes played. When you factor in that he pulled that off despite inconsistent playing time due to injuries, getting very few minutes with Wayne Rooney or Luciano Acosta, and then factor in United’s overall ineffective attack…it’s a small sample size, but it’s promising.

For United’s plans in 2020 to work out, Kamara most likely needs to approach that sort of strike rate over a full season. With the depth chart up top consisting of Kamara and 20-year-old Estonian Erik Sorga (who only just arrived in camp, and is technically still only a Loudoun United player), at the moment there aren’t many outs for United. Either they produce the type of chances Kamara thrives on, and he turns those looks into goals consistently, or this might be a tough season.

So, at this stage in the preseason, that’s what we want to see: Kamara getting chances, and burying them. Simple, right?

(* denotes trialists/players not under contract)

Paul Arriola, Bill Hamid, Joseph Mora, and Ulises Segura are with their national teams for today’s USMNT-Costa Rica friendly, while Edison Flores is reportedly back in Peru finishing up his visa paperwork. On top of those absences, Yamil Asad has a groin strain that will rule him out, while Donovan Pines has a knock that leaves his status questionable for today as well. We also don’t know how Junior Moreno and Kevin Paredes, who apparently had knocks against Montreal, are doing, so consider them questionable as well.

With all those absences, it’s probably Yow and Boateng coming into the team, with Gressel (who appeared to be on the right wing based on photos and a short highlight package from the Impact) possibly spending today in a central role. Or, if Moreno is fit, we could see Felipe in a throwback role, moving higher up to play as an attacking midfielder as he did when he first came to MLS to play for Jesse Marsch and the Impact.

Available streaming: This is supposedly the second of two closed preseason games to start the preseason. If that changes, either officially or via some random person streaming it on their phone, we will update this post.

What are you drinking?: I’m writing this late into the night, so I’m sleeping in. I’ll be finishing up breakfast shortly before this gets going, so probably a second cup of coffee.

This is the place for all your pre-game, in-game, and post-game discussion. Vamos imagining how the game went because it’s not being shown!