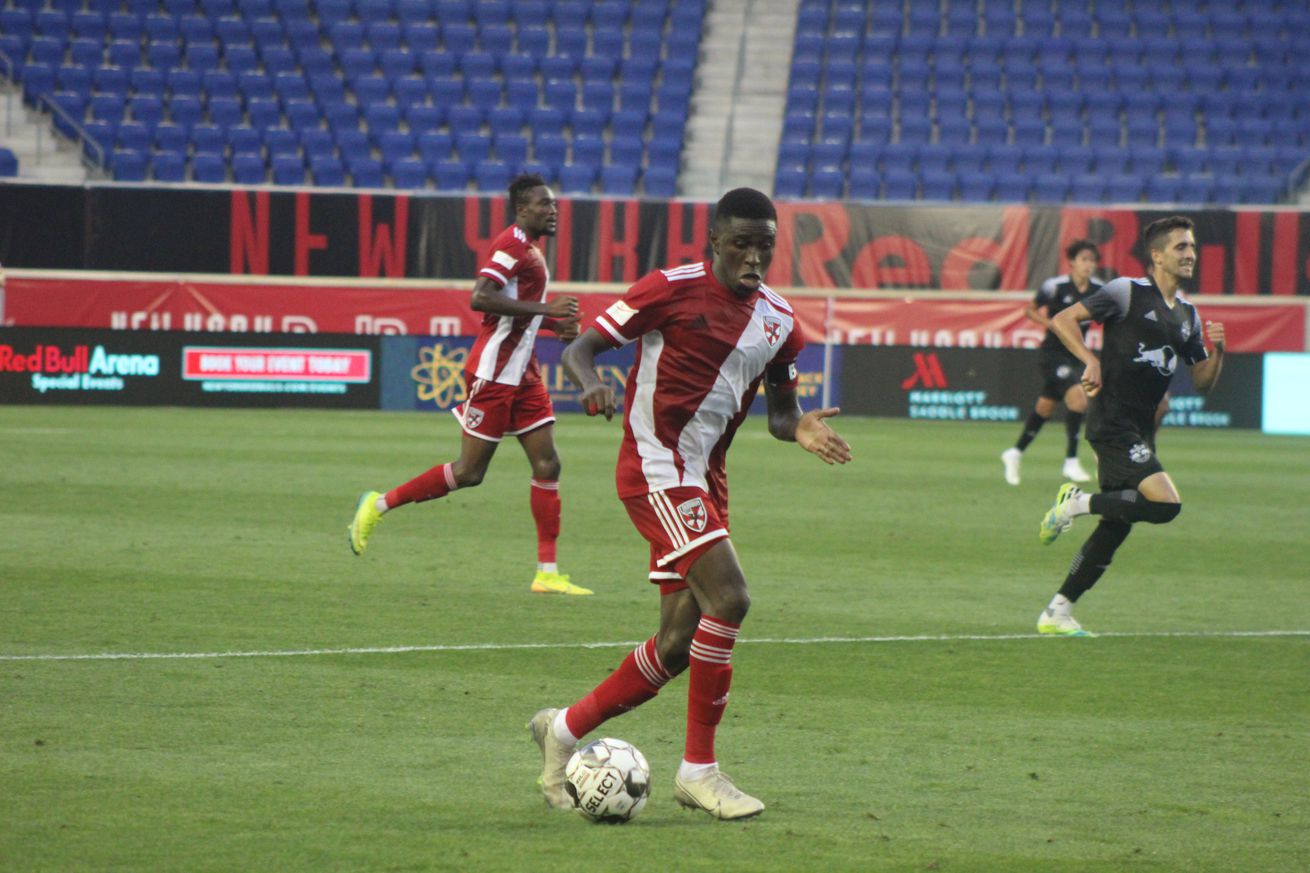 Loudoun start stretch of games on up note.

The parallels between Loudoun United’s 2019 and 2020 seasons are kind of eerie; both teams started on prolonged away streaks, and Loudoun was 0-2-2 in 2019 before going to New Jersey and beating the New York Red Bulls II 3-1. They were 0-2-1 tonight, before defeating the Red Bulls in New Jersey Wednesday night by a 2-1 margin.

Coach Ryan Martin made four changes from the team that last played in Hartford, with Nelson Martinez making his 2020 debut and Timmy Mehl making his first start. Alexxon Saravia filled in for Peabo Doue while the attacking core remained Michael Gamble, Ted Ku-DiPietro and Kairou Amoustapha, with Alioune Ndour at forward. Ndour threatened early in the game, and moments after being by himself on a ball from Amoustapha and shooting the ball over goal, he was alone on the break he tried to get the ball around the Red Bull II keeper Wallis Lapsley, but the ball hit his hand out of the area and earned him a red card 15 minutes into the game.

Loudoun would try to apply pressure but remained largely unsuccessful, until a first-half stoppage effort from Ku-DiPietro (receiving the ball from Amoustapha) found him put a right footed shot past Alex Bobocea on the right side for a 1-0 lead going into halftime. Amoustapha would return for Loudoun’s second in the second half, as a cross into the box went off the Red Bulls’ John Tolkin, and referee Jeremy Scheer ruled a penalty. Elvis Amoh put his shot past Bobocea on the right for his third in as many games for a 2-0 lead, which Loudoun would hold until late in the game, when center back Preston Kilwien would find some space in the box and fire a shot to Colin Miller’s left, beating him for a 2-1 scoreline that Loudoun would retain, en route to their first win of 2020 and extend their undefeated streak over the Red Bulls to 3.

Loudoun (1-2-1) move to 4th in the five team Group F, with their next game at Louisville City FC Saturday at 8pm.