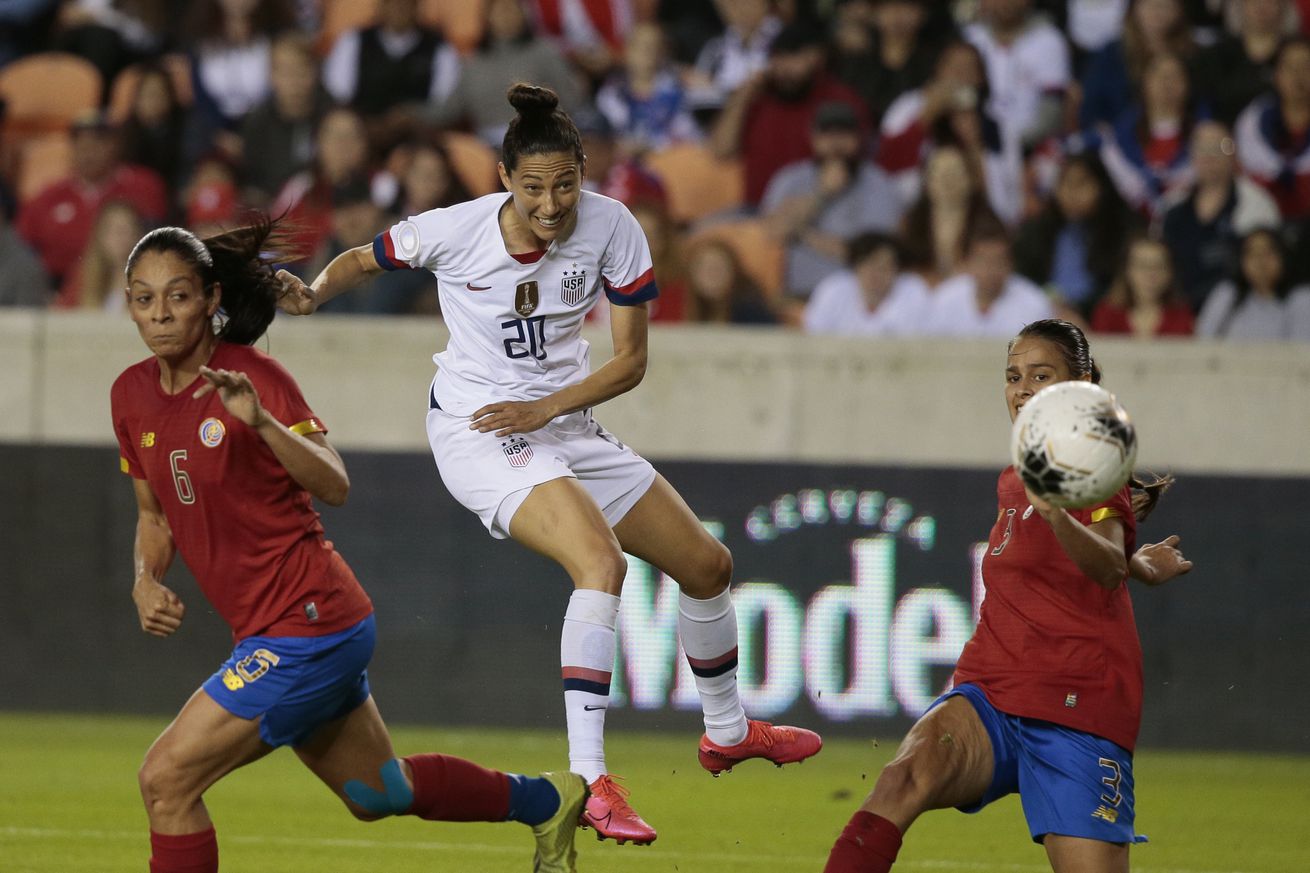 Times are tough, but we have a Christen Press goal gif that will help

Good morning! I’m here to provide you with some news, and just as important, an escape from any immensely frustrating news you might have endured last night. Enjoy your time at the D.C. soccer oasis before heading out into the cold* world.

*It was like 67 yesterday, in February…everything is fine, soccer oasis!

This quartet is already back with United, as far as we can tell. Hopefully we’ll get to see them in action against Louisville City on Thursday.

Jaime Moreno having to play for Orlando? Hell no!

Three takeaways from USA vs. Costa Rica | USsoccer.com
Read up on how Paul Arriola played a major role in Ulysses Llanez taking the decisive penalty in the USMNT’s win on Saturday.

United States tops Group A with 6-0 win over Costa Rica in Olympic qualifying | Stars and Stripes FC
The USWNT beat Costa Rica 6-0 back in November…and then did the exact same thing last night. This sets them up to play the runner-up from Group B, which will be determined tonight by the result of Canada vs. Mexico. If someone loses that game, the USWNT will play that team; if it’s a draw, it’ll be Mexico.

The Washington Spirit contingent got the night off, but hopefully Rose Lavelle and Andi Sullivan get some minutes in that big semifinal.

Christen Press continues to score, and in most cases it appears that she’s trying to produce spectacular goals:

Laura Harvey using Olympic qualifiers to sync up with new-look U.S. leadership | The Athletic
Seems like Kate Markgraf’s plans on the WNT side of Soccer House are coming along nicely.

Why the USWNT is training its youth and senior players together | SB Nation
And here’s more on that vision.

Alright, that’s all the soccer oasis has to offer. Good luck braving the rest of the world.