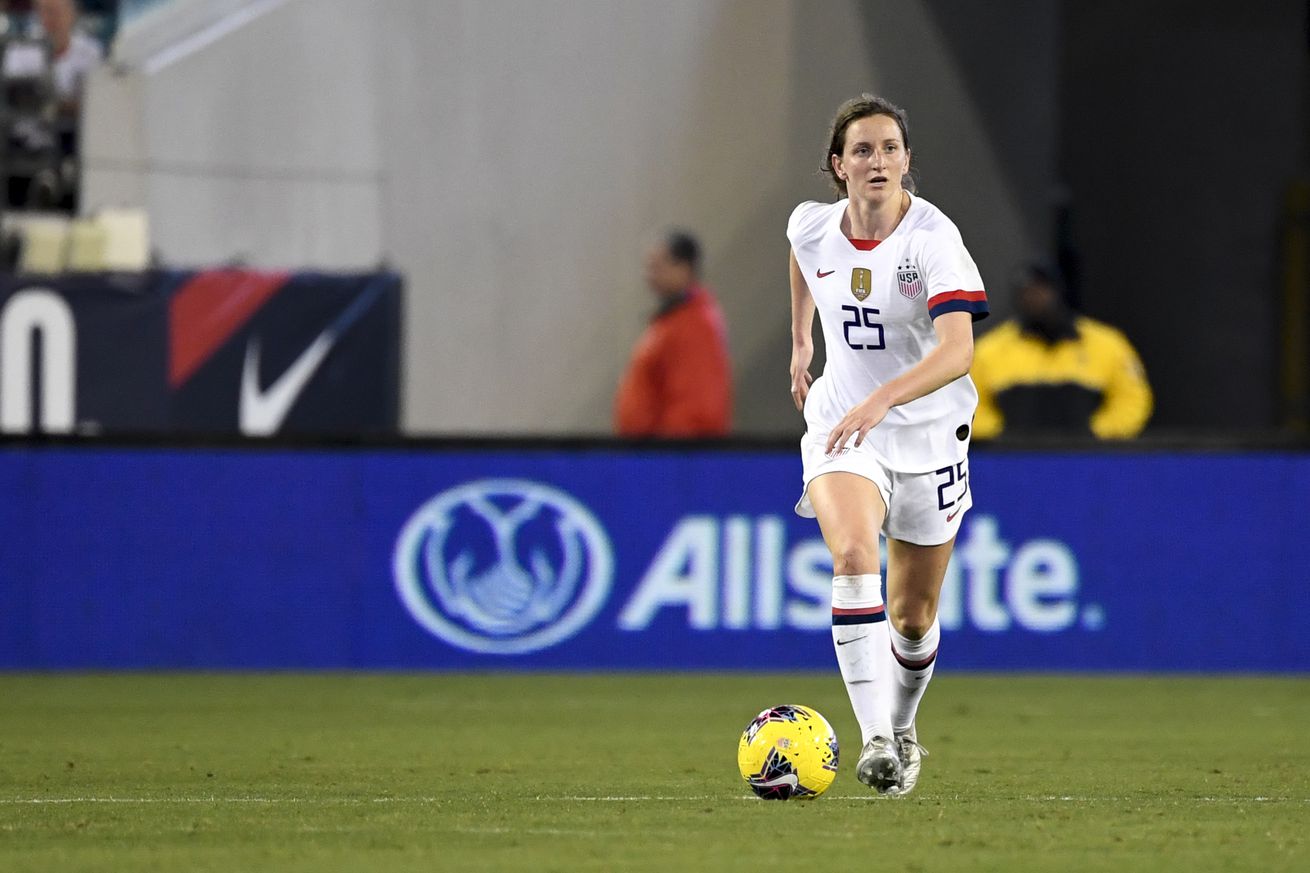 The United States kicked off Olympic qualifying with a 4-0 win, and yet no one seemed particularly pleased. The USWNT looked sharp in the opening moments, scoring in the 2nd minute, but from there showed a fair bit of rust in their first action of 2020. Tonight, against a Panama side that lost their opening game 6-1, expectations are for a crisper, more complete performance. Ultimately, the U.S. doesn’t want to have to win Concacaf games via set piece prowess and their well-documented fitness advantage, but it will take more precision than we saw against Haiti.

Of the USWNT’s starters against Haiti, the player in the front six who looked the closest to her best was Williams. It wasn’t just the assist after losing a shoe, though that was impressive. Williams looked to be at her physical best, and was also making her runs at better moments than anyone else on the field.

Williams might just be seizing her moment here, having for the time being pushed Mallory Pugh out of the squad as the speed option on the wing. She’s going to have to keep coming up with a tangible final product, which has been an issue in the past despite her outstanding goalscoring record in the NWSL. Against Haiti, she came through, but it’s consistency that will turn this opening into a full-time spot down the road.

There’s a good chance that Sullivan starts tonight, and she seems like a perfect fit for a Vlatko Andonovski-coached team: composed, smart, and in control. If she gets her chance, her goals for the night are clear: keep the tempo where it needs to be against an opponent that will probably be defending very deep, and shut down any stray counters that Panama tries to create.

On short rest, it’s probably a good idea to rotate, and Andonovski ultimately has his eyes on the prize: top spot in Group A, and a win in the semifinal that grants a spot at Tokyo 2020. So, here’s a guess at rotation: Krieger for O’Hara, Sullivan for Ertz, Horan for Mewis, McDonald for Lloyd, and Rapinoe for Press.

Available TV: The easy part: Fox Soccer Plus (if you get it).

The hard part: The game is on Fox Sports 1…but only once some college basketball ends. And since that game starts at 7pm, people who are relying on a TV-only viewing experience are going to miss a hefty chunk of the first half.

FS1 will join tonight’s Panama vs. @USWNT match in progress following the conclusion of No. 2 Baylor vs. Texas women’s basketball.

The full match can be streamed on https://t.co/KIrd4IcvD0 and the FOX Sports app with FS1 level authentication. pic.twitter.com/Qlgwaunjvn

Available streaming: FoxSports.com, Fox Sports app (both only if you can authenticate that you get FS1 with your cable package), TUDN XTRA

If you’re on Fox Sports and can’t find the buried link, click the one above! It’ll take you right to the stream.

What do we our friends have to say about it?: Here’s Stars and Stripes FC’s preview.

What are you drinking?: I didn’t end up having a margarita during the last game, so I’m going to have one this time.