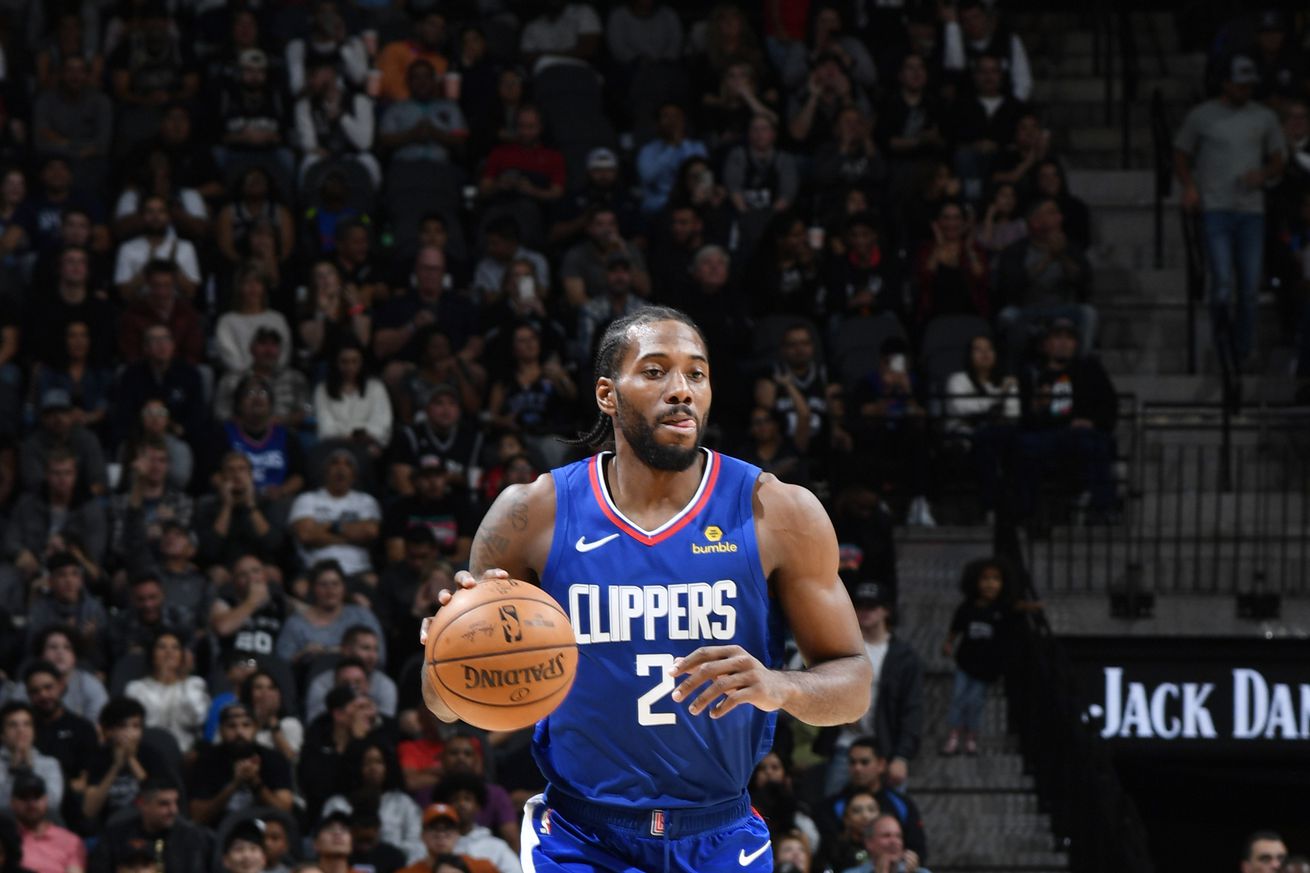 Kawhi Leonard and the Los Angeles Lakers face off against the Washington Wizards on Sunday. | Photos by Logan Riely/NBAE via Getty Images

The Wizards are still at the Staples Center. They’ll just play a different team from L.A. this time

After beating the Phoenix Suns on Wednesday and a bad loss last Friday to the Los Angeles Lakers, the Wizards are looking to upset the Los Angeles Clippers tonight. The game will be on NBC Sports Washington starting at 10:30 p.m.

The Clippers are 14-6, third in the deep Western Conference. They are coming off a 107-97 loss last Friday to the San Antonio Spurs on the road.

The Wizards have been on a decent run themselves, even considering Friday’s loss. They won three out of their last six games and are half a game of the eighth spot in the Eastern Conference. It’s certainly early, but an upset can help them keep things interesting with the playoff picture.

Should be a fun game to watch. Let’s get it started!