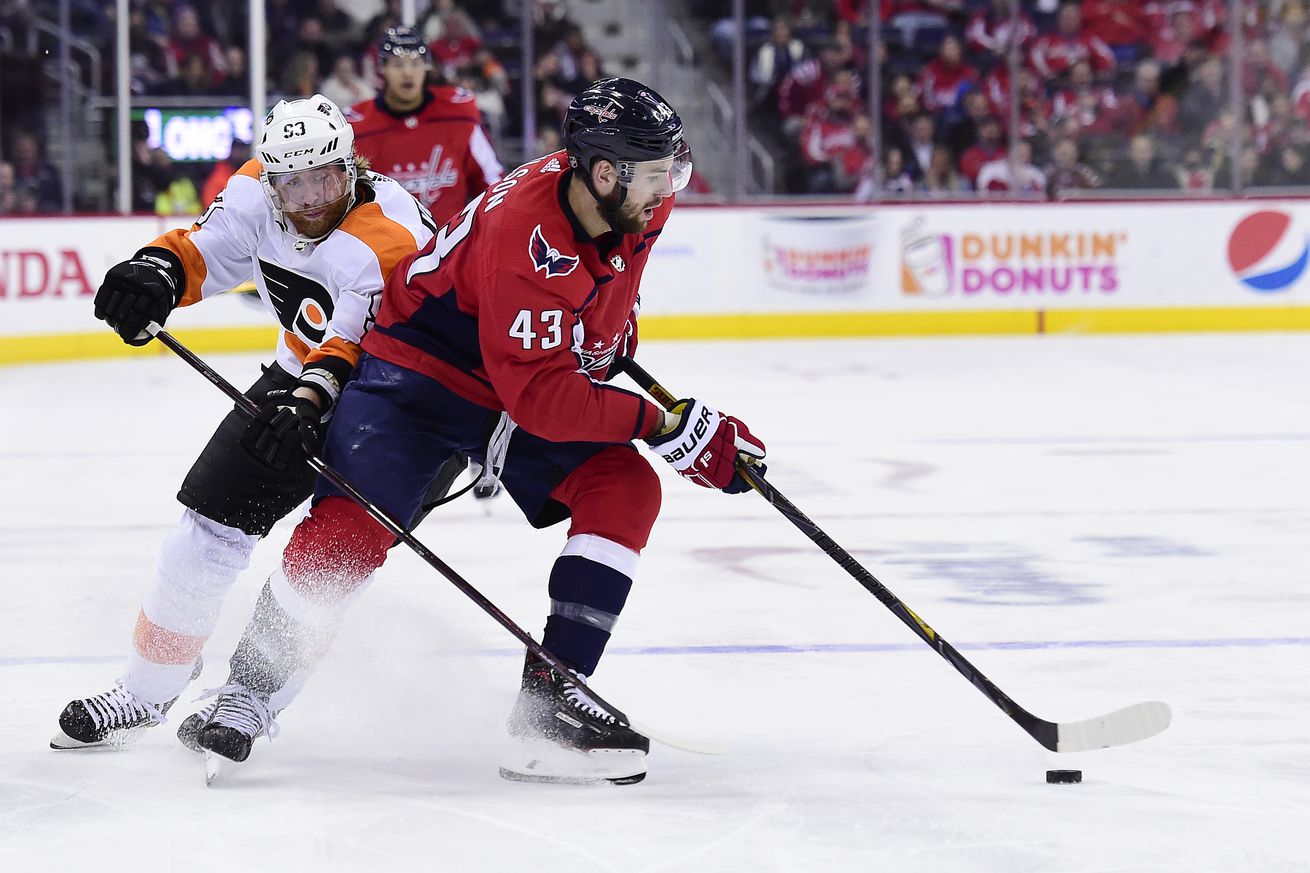 The Caps have a light workload in Week 18, but it is still a chance to make hay while the sun shines on home ice.

The Washington Capitals will have a coast-to-coast work week in Week 18 without leaving the confines of Capital One Arena as they host the Los Angeles Kings and the Philadelphia Flyers in a two-game week where they try to break their first two-game losing streak on home ice since mid-November.

Los Angeles Kings (Tuesday/7:00pm)
The Caps open the week hosting the Los Angeles Kings, a team that has really fallen on hard times. They started the season slowly (2-5-0 in their first seven games), had brief signs of life (13-13-3 over their next 29 game), and now have fallen back into a rut (4-11-2 in their last 17 games) to sink to the bottom of the Western Conference standings.

The recent 17-game slide has been a product of poor offense, the Kings averaging just 2.18 goals per game, second worst scoring offense in the league since December 19th, when that slide began (Detroit is at 1.82 goals per game over that stretch). Only twice over those 17 games have the Kings scored more than three goals in a game, at home in a 5-3 win over Philadelphia on New Year’s Eve, and again in Las Vegas in a 5-2 win over the Golden Knights on January 9th. Six times in that 17-game run, the Kings were held to one or no goals.

Los Angeles’ defense has not been horrible, but it has been just good enough to lose with regularity. In the 4-11-2 slide, they have not allowed more than four goals in any game, but they did allow that many six times, not including the shootout loss that was posted as 4-3 loss to Tampa Bay on January 14th.

With respect to this game, the Kings have been more respectable on the road. They have been on the road for ten games in this 17-game drop-off, and they have a 3-5-2 record while averaging 2.40 goals per game and allowing 2.80 goals per game. Their power play on the road in this stretch has been quite good (23.8 percent), suggesting that this is an area to watch when they visit Capital One Arena. Their penalty kill on the road in those ten road games has not been as impressive (76.2 percent), but they have been able to minimize its exposure. Only three times in those ten games did they go shorthanded more than twice, and only once did they face as many as four shorthanded situations (December 19th at Columbus in a 3-2 overtime loss that started this most recent slide).

Philadelphia Flyers (Saturday/7:00pm)
Philadelphia has been a team characterized by streaky play this season. They opened the season with a pair of wins, then they dropped four straight. A three-game winning streak followed by a two game losing streak. Five wins in six games followed by a four-game losing streak. And on it went. In the most recent iteration of this trend, starting with the Flyers’ 3-2 win over the Caps on January 8th, they are 6-2-1 in their last nine games.

That recent record is the product of solid results at both ends of the ice. Both the Flyers scoring offense and scoring defense are top-ten since January 8th, when that run began, averaging 3.22 goals per game on offense (tied for tenth with St. Louis and Pittsburgh) and 2.56 goals allowed per game on defense (tied for eighth with Boston).

The Flyers have been a team that has struggled on the road this season. They are 10-13-3 on the out of town schedule so far this season, their ten wins ranking 24th in the league, and their .442 points percentage ranking 23rd. The big problem for the Flyers on the road has been keeping other teams from scoring. Their 3.81 goals allowed per game in road games so far this season is the second-worst scoring defense in the league (Detroit: 4.23 goals allowed per game), and their 75.6 percent penalty kill ranks 25th in the league.

In that respect, their recent run of good fortune might be a bit misleading. Only two of the games in their 6-2-1 run were played on the road, a 4-3 overtime win in St. Louis over the Blues on January 15th and a 4-3 overtime loss in Pittsburgh to the Penguins last Friday. The Flyers are 3-7-2 in their last 12 road games, and all three of the wins came in extra time.