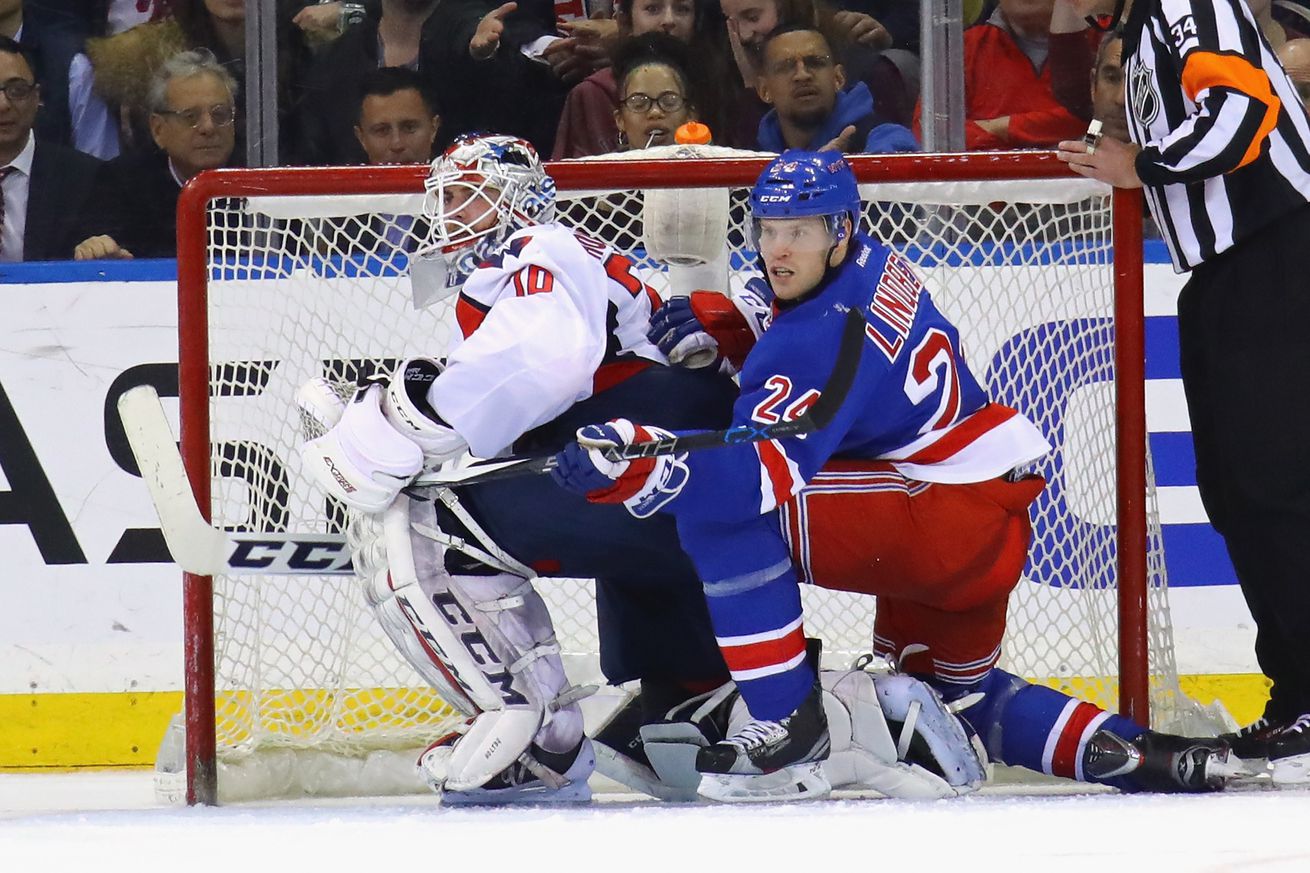 The Caps continue their odd scheduling trend of late alternating home and road dates. This week it’s two at home, one on the road.

The Washington Capitals will enter Week 8 atop the League standings once more after a 2-1-1 Week 7. The new week has three games on the schedule with a pair of Pacific Division foes on home ice sandwiched around a visit to Manhattan to take on the New York Rangers.

Anaheim Ducks (Monday/7:00pm)
The Anaheim Ducks make their only visit to Washington this season to open the Week 8 schedule. It will be the second game of a four-game road trip for the Ducks, who started this trip with a 4-1 win in St. Louis over the Blues on Saturday night. The win broke a five-game losing streak for the Ducks (0-3-2).

Righting the slide will be a challenge for first-year head coach Dallas Eakins, the tenth head coach in Ducks history. In his only previous NHL head coaching stop, he was 36-63-14 over the 2013-14 and 2014-15 seasons with the Edmonton Oilers, and he spent the four seasons preceding this one as head coach of the Ducks’ AHL affiliate in San Diego, where he was 154-95-23, reaching the postseason three times.

The problem has been keeping pucks out of their own net. In that 6-2-0 start this season, Anaheim allowed only 14 goals (1.75 per game). Since then, however, the scoring defense has ballooned, allowing 45 goals in 13 games (3.46 per game). Four times in those 13 games the Ducks allowed five or more goals.

While teams are scoring a bunch on them, the Ducks have found their own offense dry up; in fact, the 4-1 win in St. Louis on Saturday was the first time in seven games that the Ducks scored more than three goals in a game. That is a problem the Ducks have had all season, however, scoring two or fewer goals 12 times in 21 games. That is tied with Dallas and Detroit for the most in the NHL.

New York Rangers (Wednesday/8:00pm)
That the New York Rangers are 8-8-2 at this point of the season might be something of a victory of exceeding expectations. The Rangers have always been a club that likes to make a splash in the personnel area, even when they were a playoff team, but doing so after two consecutive seasons of missing the playoffs – their first such consecutive seasons of sitting in the spring since the 2004-05 dark season – put some urgency in that approach.

So, with the second overall pick in the 2019 Entry Draft, they took high-scoring winger Kaapo Kakko, and they added defenseman Jacob Trouba in trade and Artemi Panarin as an unrestricted free agent. And yet even with the addition of high-dollar players such as Panarin (seven-year/$81 million contract) and Trouba (signed after the trade to a seven-year/$56 million deal), the Rangers have a current cap cushion of $3.64 million and deadline cap space of $12.77 million (capfriendly.com) – meaning they can make moves if they sense an end to their playoff frustration down the road.

In the here and now, the Rangers go into the new week with a stubbed toe. After winning four of five games from October 29 to November 7, the Blueshirts have lost three of their last four contests (1-2-1), their lone win coming in overtime against Pittsburgh. It is another case of a team suddenly finding itself incapable of stopping pucks. In the 4-1-0 streak to end October and begin November, the Rangers held opponents to two or fewer goals in all four wins, three times to a single goal. In the 1-2-1 four-game stretch since, they allowed 20 goals, nine of them in a 9-3 drubbing in Tampa at the hands of the Lightning last Thursday. The result was that the Rangers wasted some respectable offensive performance, 14 goals scored in those four games, none of them ending with fewer than three goals scored for the New Yorkers.

Nevertheless, this is a team that endured a 2-4-1 start and came out the other side with a 6-4-1 record on the other side of it as they go into the new week. It qualifies as promising for a team still rebuilding. But it still has work to do to make Madison Square Garden a difficult place to play. The Rangers are 5-4-2 at home this season and have yet to win consecutive games on home ice. Again, it is not a matter of finding it difficult to score, the Rangers having scored 40 goals in 11 games, 29 in their last seven games at MSG. They just cannot seem to keep their visitors from scoring. Only Toronto has allowed more goals on home ice (40) than the Rangers (38), and the Rangers have played two fewer games on home ice. The scoring defense problem is reflected in a poor shot differential at home (424 for, 557 against in 11 home games) and the worst, by far, differential in shot attempts-for at 5-on-5 on home ice (minus-133, the only team with a differential worse than minus-100).

Vancouver Canucks (Saturday/12:30pm)
The Caps close the week by wrapping up their two-game season series against the Vancouver Canucks on Saturday. The Caps won the first game of the series, in Vancouver, in a 6-5 shootout. For the Canucks it will be the third game of a season-long six-game road trip, the first two stops in Dallas and Nashville before visiting Washington.

The Canucks are another young team trying to return to the playoff after a multi-year absence that lifted hopes early with a surprisingly successful record, only to fall off in recent games. For Vancouver, the details are that they have missed the postseason four straight seasons preceding this one, started this season with a 9-3-2 record, the sixth-best record in the league at the time, but then fell off with a 1-4-2 record in their last seven games heading into Week 8.

Vancouver’s problem has been a mirror image of that of the Rangers and Ducks. They seem to have forgotten how to score. In their 9-3-2 start, the Canucks averaged 3.64 goals per game, third-best scoring offense in the league at the time. But since then the Canucks have only 16 goals in seven games (2.29 per game), although they might be coming out of that slump with 11 goals in their last three games.

Vancouver had been able to hold their own on the road with a 5-5-1 record, but that record underperforms relative to the numbers underneath it. They have out-shot opponents by a 396-337 margin on the road heading into the new week, their 36.0 shots per game on the road being most in the league. Their shot attempt differential at 5-on-5 (plus-87) and shot attempts-for percentage at fives on the road (54.73) are also tops in the league. Special teams have performed well on the road for the Canucks, who are one of only five teams in the league with both a power play of at least 20.0 percent on the road (20.0) and a penalty kill of at least 84 percent (84.8). And they get a lot of practice. No team has more power play chances on the road than the Canucks (50), and their 46 shorthanded situations faced is third, trailing only the Caps and the Calgary Flames (49 apiece).