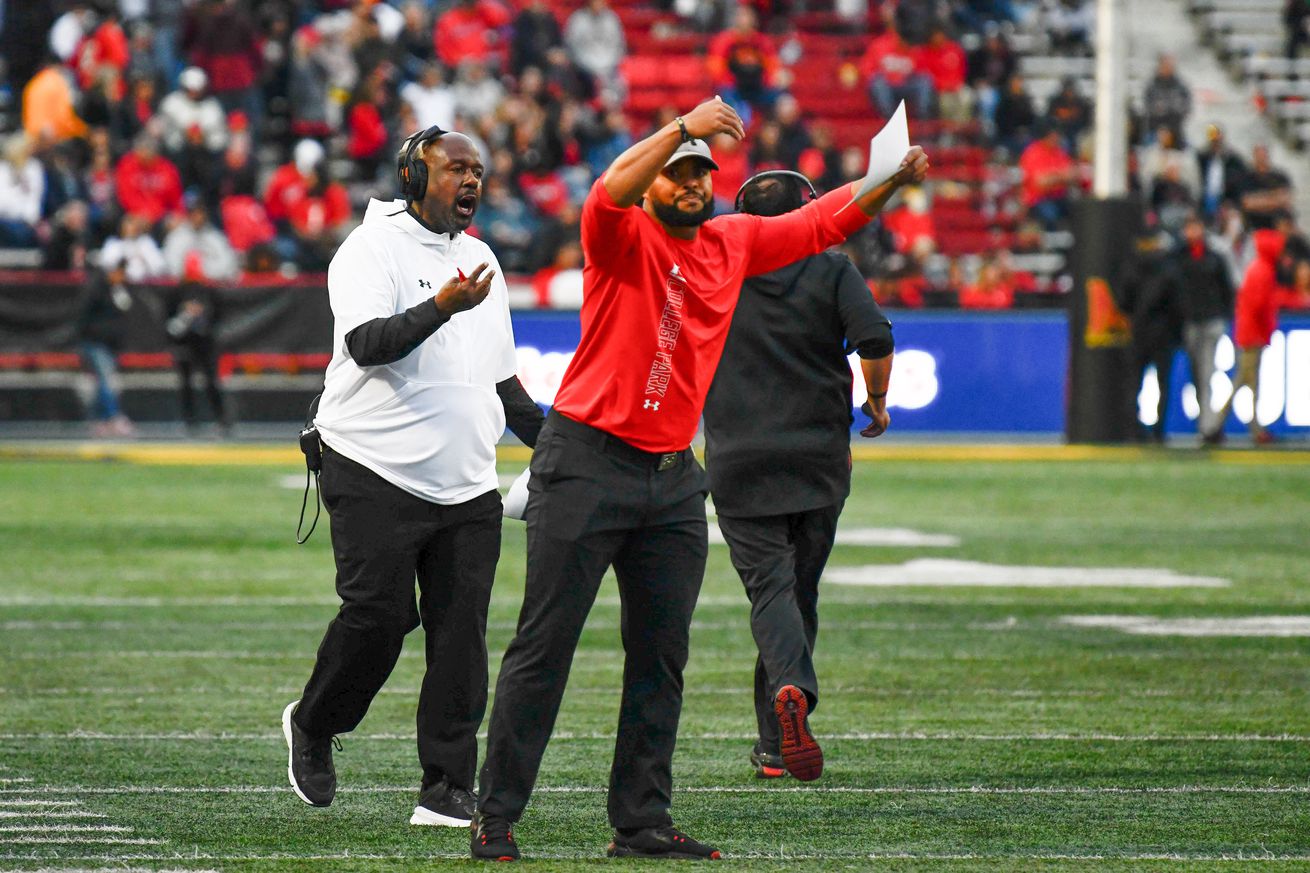 The Terps travel to East Lansing to take on a bowl-hungry Spartan team.

Following six straight losses, which most recently included a 54-7 beatdown at the hands of Nebraska, Maryland football closes out its season in a matchup with Michigan State.

Although they weren’t able to send their seniors out on a high note last weekend against the Cornhuskers, the Terps will have the opportunity to end their regular season with a victory — something the team hasn’t experienced since 2016 against Rutgers.

Michigan State, coming off of a convincing 27-0 win over Rutgers on Nov. 23, could become bowl eligible for the 12th time in the past 13 years with a victory on Saturday.

“Michigan State will be really motivated, they’re one game away from gaining bowl eligibility,” head coach Mike Locksley said. “I think it’s really important for our team to understand the importance of one, finishing the season the right way for our seniors, but also trying to utilize it as some momentum as we move forward into next season.”

The Spartans will still be without star linebacker and two-time captain Joe Bachie, who was suspended by the Big Ten on Oct. 31 after testing positive for a performance-enhancing substance.

Maryland’s season finale is slated to begin at 3:30 p.m. ET, and it will be broadcasted on FS1.

Head coach Mark Dantonio is in his 13th season as the head coach of Michigan State. In the Big Ten — one of the toughest conferences in college football — Dantonio has managed to keep Michigan State competitive. During his time with the program, Dantonio is the winningest coach in school history with 112 victories. He also has won the most Big Ten Championships (three) and bowl games (five) of any Spartan head coach. Dantonio hasn’t had a losing season since 2016 when his team went 3-9, which included a 28-17 loss to Maryland.

Brian Lewerke, senior quarterback, 6’3, 216 lbs. No. 14 As a two-year starter for Michigan State, Lewerke retained the offense his senior season. Coming off of a year that included eight touchdowns and 11 interceptions, the Phoenix, Arizona, native has doubled his touchdowns (16) and thrown just as many interceptions (11) this season. Being one of the 21 seniors that will be honored on Saturday for senior day, Lewerke will be attempting to finish his career in East Lansing with victory.

“[Lewerke] is a veteran, he’s been there a long time,” linebacker Ayinde Eley said. “He’s been very productive for Michigan State and he’s a real good player. We really have to be on our P’s and Q’s this weekend to contain him.”

Elijah Collins, redshirt freshman running back, 6’0, 217 lbs. No. 24 Collings entered Michigan State as the top rated running back prospect in the state of Michigan by 247Sports. Although he only played in three games — one being against the Terps — during his freshman year, Collins has taken on a much bigger role this season. The redshirt freshman has carried the ball 186 times for 851 yards and five touchdowns. Collins will take almost all the carries for the Spartans as the team’s next best rusher is Lewerke, who rushes for an average of 26.45 yards per game.

Kenny Willekes, senior defensive lineman, 6’4, 260 lbs. No. 48 Coming off a 2018 season with 20.5 tackles for loss in 2018, Willekes was one of Testudo Times’ best defensive lineman on the Terps’ 2019 schedule. The senior, who will also be honored on Saturday, is currently fifth on the team in tackles but has 7.5 sacks for a loss of 35 yards. With a struggling Maryland offensive line, Willekes will be a player that the Terps will have to key in on during Saturday’s game.

Protecting the quarterback. Not only does Michigan State have a veteran quarterback, but the team provides Lewerke with plenty of time. The Spartans give up the fewest sacks in the Big Ten in sacks, an average of 1.55 per game.

Scoring. It may be hard to believe, but Michigan State averages fewer points than Maryland. While the Terps put up 26.1 points per contest, the Spartans only score 22.3 points, which ranks 12th in the Big Ten.

1. How will Maryland finish the season? After winning their first two games, which both appear to be cake walks now, the Terps have only won one other game, coming against Rutgers on Oct. 5. Despite not being able to go to a bowl, the team wants to send its seniors out with a win — something it didn’t do on its senior day — in East Lansing and gain some momentum for the second season of the Locksley era.

“I know that for [Michigan State], they want to send their seniors out the right way the same way we wanted ours,” Locksley said. “We talked about it last week, again it was disappointing that we weren’t able to do it and play with the type of pride and effort that our seniors deserve.”

2. Will Javon Leake bounce back? Despite having a 58-yard touchdown in the final minutes of the game, the junior running back had arguably his worst showing of the season last weekend against Nebraska with two fumbles and a muffed kickoff. Leake, who fumbled in last year’s Terps-Spartans matchup on Nov. 3, has been Maryland’s best player this season and doesn’t appear to be letting last’s weeks bad showing hinder him.

“I’m not known for fumbling. But with a game like [Nebraska] — a crazy game — where I have three, you just realize that you’ve got to tighten up a little bit on fundamentals,” running back Javon Leake said. “So that’s what I’m going to with this and be better [against Michigan State].”

3. Will the Spartans be going bowling? During this time last year, Maryland was heading to University Park to face No. 15 Penn State for the regular season finale. The Terps needed a win over the Nittany Lions to go to a bowl, but they only managed to put three points on the board and lost the opportunity for any postseason play.

This year, Maryland — win or lose — will not be attending a bowl game. But Michigan State has the opportunity to do so. With a win, Michigan State will most likely play in the Quick Lane Bowl, according to ESPN.